Get to Know our Dean 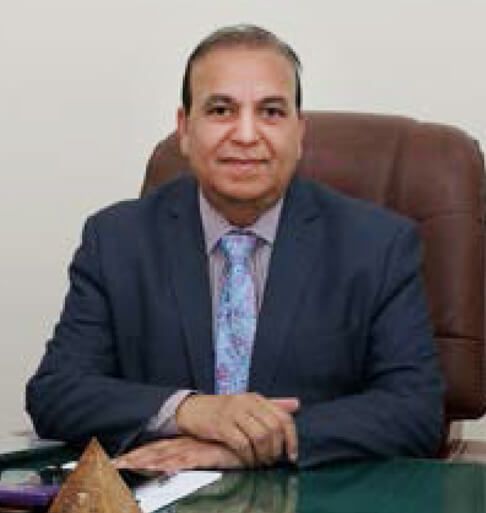 Senior Dean of all Faculty

Engr. Prof. Dr. Mohammad Munir Ahmad is Senior Dean and Dean, Faculties of Engineering, Natural, Management and Social Sciences at the Khwaja Fareed University of Engineering and Information Technology. His previous appointments and experience has been wide ranging at international level. He has worked as Professor, Head of Mechanical and Chemical Engineering, Director of research and Development in Teesside University, United Kingdom where he worked from 1995 to 2017. Before that he worked as Lecturer, Senior Lecturer, Research Professor and Director of Electronics Manufacturing and Computer Integrated Manufacturing centres in University of Limerick, Republic of Ireland from 1983 to 1995. During this period, he also worked for two years as Deputy Managing Director of Petrochemical Industries Design and Engineering Company in Shiraz, Iran.

He is co-founder and co-chairman of international FAIM (Flexible Automation and Intelligent Manufacturing) conferences since 1991. FAIM conferences (www.faim2017.org) have been hosted around the world every year sponsored by universities, various industries and research institutions. Typical locations have been in Republic of Ireland, United Kingdom, USA, Canada, Sweden, Finland, Germany, Netherlands, Portugal, Bilbao Spain, Taiwan, and South Korea.

Professor Munir Ahmad is author of a book (www.benchmarking.live), Editor and editorial board member of research journals and co-editor of 24 conference proceedings. He has published in excess of hundred thirty papers in international journals and conferences. He has successfully supervised thirty-two MPhil/PhD students.

He is originally from Rasul Abad, Abu Dhabi Road, Rahim Yar Khan and went to Aman Garh primary School. After that he studied in Tameer-i-Millat High School for Matriculation, FSc from Government College, Multan and followed by BSc Mechanical Engineering from University of Engineering and Technology, Lahore. Worked at POF Wah Texila as Manufacturing Engineer before going to United Kingdom Where he completed MSc Engineering Production and Management and PhD in Manufacturing Engineering from Birmingham University and University of Wolverhampton respectively. He worked as post-Doctoral Research Fellow in University of Swansea, United Kingdom. He also spent six months as visiting Professor in University of Tennessee and Massachusetts Institute of Technology, USA. He is also Professor (Emeritus) at Teesside University, United Kingdom. He has ben external examiner for Undergraduate, Post Graduate Programs and M.Phil/Ph.D students in various universities and countries. He was panel member for Quality Assurance Agency (QAA-UK) for three years.